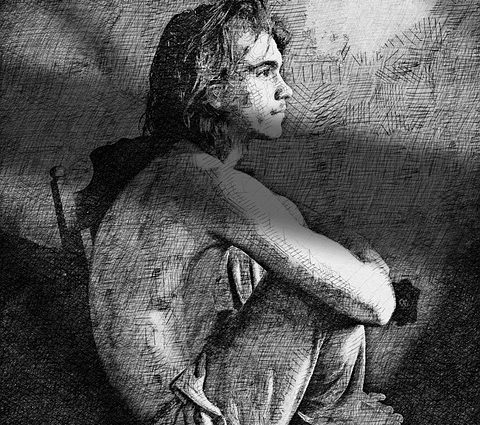 Male models for an artist, whether students or practiced professionals need to understand their role. The concept of a male pose reference can be translated into a well-formed male who can stand immobile for several minutes at a time. This gives the artist enough time to form an image in their head as well as sketch a general outline of what they see.

The reason why the position of the model isn’t inundated with applications is that surprisingly there are not that many people who can occupy themselves mentally while remaining immobile for minutes at a time. It’s a skill many people have never attempted to develop.

The male tends to strike a pose that is masculine in its reference. Men usually lean forward and center their heads. This type of pose suggests the strong, masculine elements preferred by society. With the eye and shoulder line at a similar angle facing the viewer, masculinity prevails.